The true differentiator of Nike Dallas FC is its coaching staff and position consultants.  With over 50 years of collective experience playing and coaching in the NFL, 3 Super Bowl Championships, 7 NFL conference championships, a Jim Thorpe Award and a Heisman Trophy, our coaches and position consultants are unsurpassed in high school football.  Read on below for their individual bios: 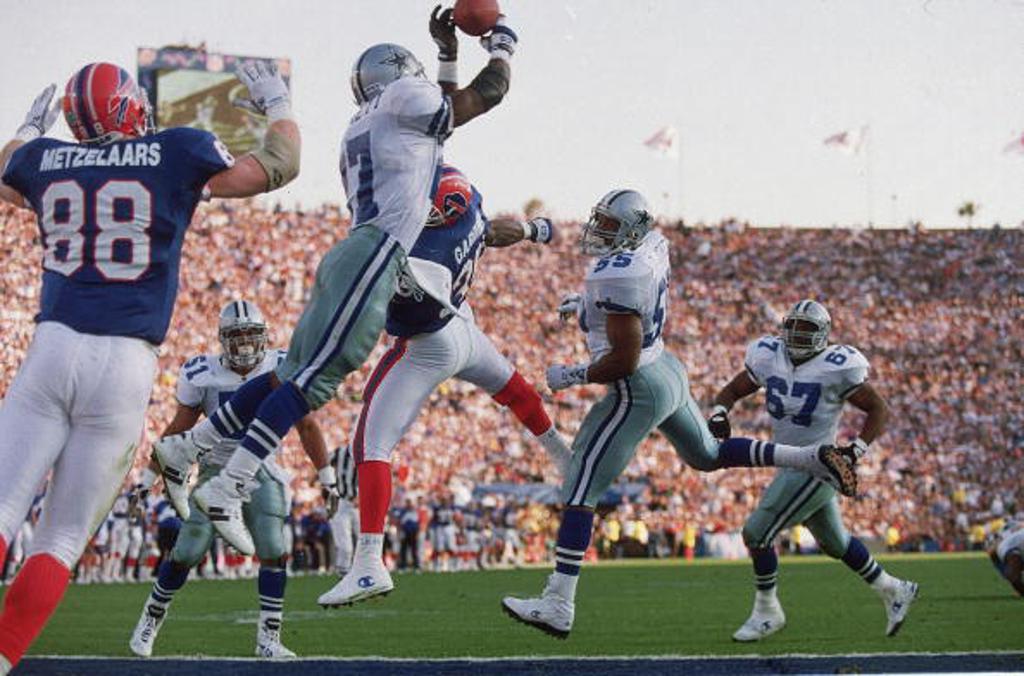 Coach Everett had a 9 year Pro Bowl career in the NFL, winning 2 Super Bowls with the Cowboys.  His stat line in Super Bowl XXVII alone included 2 interceptions (one of which is pictured above), 6 solo tackles, and 2 fumble recoveries.  During his career, he played for legendary coaches including Chuck Noll, Tony Dungy, Grant Taft, and Jimmy Johnson.  Coach Everett was a four year starter at Baylor where he was recognized in his senior year as the top defensive back in the nation by being named the inaugural Jim Thorpe Award winner.   Other honors included being named 2x All Southwest Conference Defensive Player of Year,  Southwest Conference Athlete of the Year, and Consensus All American. 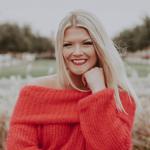 Coach Whiteford has had an almost 20 year career in competitive and sideline cheer having competed in All-Star Cheer for Spirit of Texas for much of her career and collegiate cheer for Texas Tech.

Coach Coleman had a 11 year professional career including 7 years in the NFL.  He was a favorite of Coach Bill Parcells at the NY Jets and Coach Belichick at the New England Patriots.  While he would never admit it, the New England Patriots' run of 6 Super Bowls arguably was ignited by Coach Coleman's 47 yard reception which sparked a second half comeback by the 6 & 5 Patriots against division rivals, the NY Jets.  Coach Coleman and the Patriots went on to win the AFC Conference Championship and the first of six Vince Lombardi Trophies in Super Bowl XXXVI. 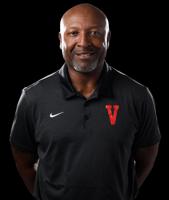 Coach Scott had a 10 year professional career playing in the NFL, CFL, Arena and European leagues.  Players he trains have been drafted in the Fourth Round of the NFL Draft in 2019, Nick Needham (Dolphins) and Darnay Holmes (Giants), and the 2020 NFL Draft, Jaylinn Hawkins (Falcons).  He also trains some of the top talent in the Power 5, including Olaijah Griffin and Ceyair Wright of USC.  Coach Scott also regularly trains with Derwin James (Chargers), Jason Verett (49ers), Jordon Love (Packers), and Keenan Allen (Chargers).

Coach Mark is the Strength and Conditioning Coordinator for Nike Dallas FC.  He has a degree in Exercise Science and has been active in the Performance, Fitness, and Gym Industry for over 30 years.  He is a successful strength coach, gym owner, and author who brings a high level of experience and expertise to football conditioning.

Coach DeAndre Young played his college career at Central Missouri where he holds a degree in exercise science.  He has trained NFL and college players since his graduation.